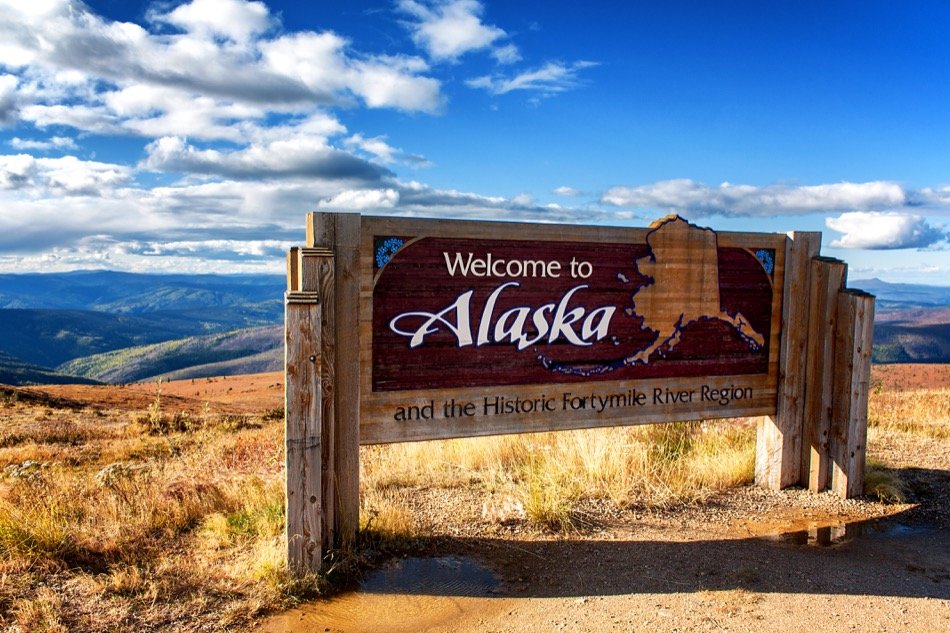 With its remote location and massive landscape, the cost of living in Alaska is 28 percent higher than the national average. Almost everything is a little bit more expensive with the exception of housing, which surpasses the norm—and tuition, which does not. Anyone contemplating a move to this state should understand how their cost of living will change and where their money will likely go while living there. To help out, here's a breakdown of the potential monthly costs.

At 48 percent higher than the average in the nation, securing housing in Alaska will eat up a large portion of the monthly budget. For a studio apartment, the average rent totals $900, while a four-bedroom rental may cost around $2,100.

To purchase a property, on the other hand, expect to pay at least $300,000, which is $80,000 more than the median price of a home in the US. Houses in populated areas, like Anchorage, go for a little bit more due to their central location. While rural properties may run a bit cheaper, other costs, such as food and gas, go up as the distance from the city center increases.

The Anchorage Economic Development Corporation completed a study in 2017 that indicated utility costs in Alaska surpassed the national average. For electricity and natural gas, people can expect to pay more than 33 percent more each month than what people pay for similar usage in other states.

Since temperatures often hang around 0 degrees Fahrenheit, utility bills often rise even more as usage goes up through the winter months. Energy bills are often about $200 a month as a result, though they can sharply increase with higher usage rates.

In addition, for high-speed internet, expect to pay at least $90 a month for the basic package. The cost for higher internet speeds goes up from there.

The price of food in Alaska varies considerably, according to how far the location is from the city center. People in rural areas tend to pay much more for food than those in Anchorage and other populated cities. In rural areas, there is also usually less variety of foods available.

Common food costs across the state include:

Eating out at restaurants is also more expensive to cover the cost of ingredients and operating expenses. Restaurants generally charge between $15 and $33 a meal, depending on their location.

Unlike the other expenses, instate tuition expenses in Alaska are far lower than average. In fact, people can expect to only have to pay around $9,200 a year for tuition, which is $4,800 lower than the national average. Although the costs of tuition are rising at a rate of about seven percent per year, the increases are staying in line with the rest of the nation. There is a tradeoff, however. With the limited shipping options, students have to purchase their textbooks in-state rather than online, potentially driving up their textbook costs.

Alaska does not have many public transportation options. As a result, most people need to own a car and drive everywhere to get where they are going. Across the state, gas prices are relatively high at over $3 per gallon. When coupled with the long distances between locations, transportation costs can quickly add up. The relatively rural landscape does work in the advantage of residents, however, by decreasing auto insurance costs.

Healthcare costs are high compared to the average in the nation. From insurance premiums to out-of-pocket costs, all healthcare-related expenses are 43 percent higher across the board, and the expenses are rising each year. The limited number of clinic locations and medical providers on staff make it even harder to acquire proper healthcare at a reasonable price.

From clothing to household goods, almost everything else is more expensive in Alaska. This is partly due to the cost of trucking everything in and the lack of competition, especially without online retailers in the game. The high shipping rates make shopping online cost prohibitive, forcing people to make local purchases instead. They cannot shop around for better prices as a result, leaving them stuck with whatever options and prices are in their area.

With an understanding of the cost of living in Alaska, people can better plan their budgets and decide if a move will be in their best interest. As the state becomes more populated, some prices might come into line, though most will likely stay elevated. However, with the natural beauty and private lifestyles available in Alaska, many find the higher cost of living a fair trade-off for the beauty that surrounds them in the Alaskan landscape.

Where Are the Best Bookstores in Alaska?