Repairing a roof usually takes far less effort (and money) than replacing the roof, but that doesn't always make it the best choice. Repairing a roof that needs to be replaced can actually be more effort and hassle in the long-run. Learn more about how you can catch problems (before you have to place buckets around the home), and how to determine when the roof needs to be repaired or replaced.

The Importance of Maintenance

Maintenance on a roof can be dangerous and complicated for the average Girdwood homeowner, but it's necessary to prevent small problems from blossoming into larger ones. Lack of attention is why owners don't even realize they have damage until they have a very clear problem, such as a major leak or insect trouble. But inspections are extremely important for a homeowner's safety and for their wallet—whether they complete the inspections themselves or hire professionals to do the job.

Inspections are a good way to catch rot or damage to the roof deck before it has a chance to eat through the entire roof. (The roof deck is the material between the top layer of the roof and the insulation.) Checking on the deck is also a good chance to check the fasteners of the sheathing. If the sheathing is not secured, it will blow off the roof and leave the home exposed to rain and water damage. Experts say that tile roofs can go up to five years between routine inspections while asphalt roofs should only go three years between checks.

When a roof goes too long without repairs or is damaged significantly in a storm, there are often signs that point to the need for a full replacement. Roof replacement is a little more involved than just a repair, but it allows you to start fresh with a whole new approach. The following symptoms all indicate you need a roof replacement as soon as possible.

If you notice any of these issues, call a professional roofer immediately to discuss your plans for a roof replacement.

To Repair or Replace?

Deciding whether or not to repair or replace should be based on both the age of the roof and the extent of the damage. Roofs made from tile or slate can last up to a half century while those made of fiber cement shingles have a lifespan of about 25 years. Roofs made from composite or asphalt shingles may only last 20 years. Homeowners should also take into account the weather in their area. If the neighborhood is prone to major storms, replacing shingles and patching up problem areas may turn into a full-time job.

If the roof is in the middle of its lifespan, homeowners may want to consider replacing or fixing shingle damage or worn soffit (the material found under the rafters.) However, if the damage covers more than roughly a third of the roof or the roof is likely to only last a few more years, it's usually easier to replace it completely. Gutters that are starting to become detached from the rest of the home or show significant rust or rot damage also need to be replaced rather than repaired.

The Nature of Roof Work

While it's entirely possible for homeowners to do a simple patch-up or replacement job on a few shingles, experts say homeowners often underestimate how dangerous it is to do the repair work themselves. Getting a crew up on the roof is a major undertaking, which is another reason why it's often easier to replace the roof and be done with it. Professionals say that it's usually a far better idea to spend a little more to do the job right the first time. Any attempts to minimize expenses or efforts (e.g., major patch-up jobs, re-roofing over the existing roof, etc.) will usually only lead to more expenses later down the road.

Buyer or seller, you are thinking about a bathroom renovation but you want to keep the budget small? Well, you can't get much smaller than doing ...Read More 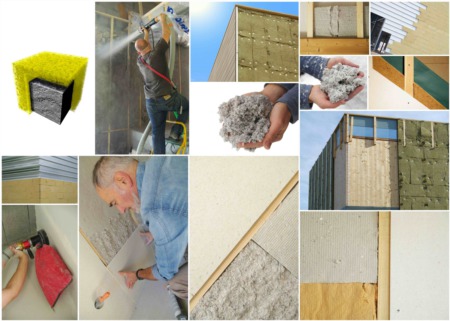 6 Ways to Fireproof Your Home

House fires are devastating events that you never want to happen to your home. They leave significant damage and can result in fatalities. Most house ...Read More

Homeowners across the Last Frontier often find themselves in need of a qualified and reliable contractor to complete home improvement projects in ...Read More